New research shows that physical exercise can stimulate microbes in our gut. These microbes can produce substances that reduce pain and inflammation called endocannabinoids. A new study shows that exercise can increase the production of cannabis-like substances that reduce inflammation and could potentially help prevent diseases like arthritis, heart disease, and even cancer.

The study, published in the journal Gut Microbes, found that people with arthritis not only experience pain relief, but also decreased inflammatory markers called cytokines and increased endocannabinoids, substances naturally produced by gut microbes in our microbiomes. The microbiome plays a key role in many bodily functions, such as digestion and the immune system.

15 minutes of exercise a day for significant pain relief

For the study, a research team from the University of Nottingham Medical School in the UK recruited 78 people with arthritis of the knee. 38 participants performed 15 minutes of muscle-strengthening exercise every day for 6 weeks, while the other 40 did nothing. Researchers found that people who exercised not only reduced their pain, but also had higher levels of a type of microbe in their gut that produces anti-inflammatory substances. Participants also had lower levels of cytokines (an indicator of inflammation) and higher levels of endocannabinoids.

According to the researchers, at least a third of the anti-inflammatory effect of the gut microbiome is due to the increase in endocannabinoids. Endocannabinoids are natural neurotransmitters produced by the body. These substances are “connected” to various functions, affecting things like mood, energy, memory, appetite, and pain levels.

The results of this study are novel because researchers may have found a key link between the interaction of substances produced by gut microbes and substances produced by our own bodies that tell us how exercise reduces inflammation. The results of this study underscore that lifestyle intervention such as B. Exercise, which can affect endocannabinoid production. This is a timely realization, especially at a time when there is growing interest in using cannabidiol and other related supplements to reduce levels of inflammation. Studying ways to reduce inflammation in the body could hold the key to improving many healthcare systems.

Inflammation is a natural part of the body’s defense mechanism. But when inflammation becomes chronic, it can lead to disease and disability. The effects of chronic inflammation can lead to conditions such as fatigue, pain, mood swings, and disorders of the gastrointestinal and immune systems. However, the microbiome plays an essential role in the formation and development of the main components of our innate and adaptive immune systems. In addition, the microbiome can make certain vitamins and amino acids, including B vitamins and vitamin K. However, this is a delicate system. What we put into our body can easily upset it.

Antibiotics, for example, are very disruptive to the microbiome and its function. In addition, alcohol, tobacco, stress, lack of sleep, lack of exercise and a lack of fiber and prebiotics in the diet all disrupt the microbiome.

The exercise also boosted endorphins, the body’s painkiller. Regular aerobic training can lead to improved pain perception, especially in the case of chronic pain. This comes from the release of neurotransmitters called endorphins during exercise.

New research shows that exercise can stimulate microbes in our gut that produce painkilling and anti-inflammatory substances called endocannabinoids. Experts say chronic inflammation can lead to many serious health problems. They add that while exercise can benefit the body in many ways, it’s important to consult your doctor before beginning an exercise program, especially after a recent injury or if you have a heart condition. Here are the 5 possible causes.

At one point or another in our lives we have all experienced exhaustion. Maybe you’re feeling exhausted after…
byshahbaz 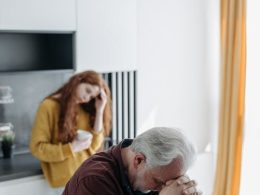 If you’re having trouble remembering certain things, your thoughts may leap to Alzheimer’s disease, but that’s not the…
byshahbaz 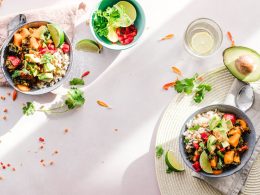 Low-sugar menus to lose weight and improve your health

A low-carb diet is one that restricts carbohydrates, such as those found in sugary foods, pasta, and bread.…
byshahbaz 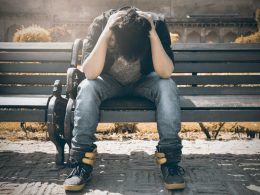 After 50 it’s time to improve your memory.

You’ve probably heard that after 50 years our memory begins to decline. But that doesn’t mean you’re powerless…
byshahbaz