If you’re having trouble remembering certain things, your thoughts may leap to Alzheimer’s disease, but that’s not the only cause of memory loss.

You can no longer find your keys or have forgotten an appointment. For many middle-aged and older people, simple mistakes like this are frightening because they raise the specter of Alzheimer’s disease. But Alzheimer’s disease isn’t the only health condition that can lead to memory loss. Memory loss can occur at any age and for a variety of reasons. And when the underlying cause is treated, memory problems often get better, too. Talk to your doctor about your memory concerns so that the condition causing your symptoms can be treated. By discussing your symptoms and doing various tests, possibly including an MRI, your doctor can determine what’s affecting your memory.

In some cases, one or more of the following issues may be involved:

Severe stress or anxiety can lead to problems with attention and memory. This phenomenon is particularly common in people who balance family and work and sleep poorly. In general, relieving stress can improve memory. According to a May 2022 study published in Frontiers in Psychiatry, chronic untreated stress can lead to depression, which could also affect brain function, including certain measures of memory. However, a mood disorder like depression may improve with medication and counseling.

Sleep problems, including insomnia or the chronic inability to fall asleep or stay asleep, and sleep apnea, a disorder that causes breathing to stop briefly and frequently during sleep, have been linked to memory loss and dementia. Lack of sleep leads to fatigue, which in turn can lead to brain fog and memory problems. In a May 2022 study published in the Journal of Sleep Research, people with insomnia and sleep apnea performed less well on tests measuring memory than people who didn’t have these conditions. Left untreated, sleep apnea impacts spatial navigation memory, according to a 2021 study published in the Journal of Clinical Sleep Medicine. This type of memory includes the ability to remember directions and the place you put things like your keys. One explanation is that in people with sleep apnea, the oxygen supply to the brain is cut off hundreds of times during the night. The brain gets stressed by this oxygen disruption and people wake up. The lesions caused by sleep apnea can manifest as various symptoms of memory loss.

Memory loss or forgetfulness can be a sign that your medication needs to be adjusted. Several types of medication can affect memory:

Cholesterol-lowering drugs known as statins can slightly increase the risk of reversible cognitive side effects, including memory loss and confusion.

A deficiency in B12, one of the B vitamins essential for normal nerve function, can lead to confusion and even dementia. Adults should get about 2.4 micrograms of B12 daily from foods like dairy, meat, and fish, or foods fortified with vitamin B12.

The risk factors for developing vitamin B12 deficiency are:

Be over 75 years old
Do you have a digestive system disorder?
are strictly vegan or vegetarian
Taking certain medications, proton pump inhibitors or H2 blockers (both drugs that reduce stomach acid), and oral contraceptives
I have Sjogren’s Syndrome
Drinking large amounts of alcohol

Obvious changes in the ability to think and move normally can result from a stroke, which blocks large blood vessels that supply the brain. Mild memory problems can also gradually appear after “silent strokes” or those that occur without any obvious symptoms and affect smaller blood vessels. These changes in brain function, which can range from mild to severe, are called vascular cognitive disorders.

The brain is particularly vulnerable to blockages or reduced blood flow, depriving it of oxygen and essential nutrients. People with memory loss have a higher risk of stroke. And memory loss can be a harbinger of cardiovascular disease, including stroke, according to a study published in BMC Public Health in 2021.

Other conditions that can cause memory issues:

Memory loss can be attributed to a serious infection in the brain, especially if left untreated.

Symptoms of mild traumatic brain injury can include confusion and difficulty remembering and concentrating.

Brain tumors can affect memory and the ability to process information. Treatments for a brain tumor, such as brain surgery, chemotherapy, or radiation therapy, can also affect your memory.

Both alcoholism and drug addiction can impair memory. A study published in April 2022 in the Journal of Translational Medicine found that heavy alcohol consumption increases the risk of cognitive impairment in adults aged 70 and older compared to light drinkers and non-drinkers of the same age group. 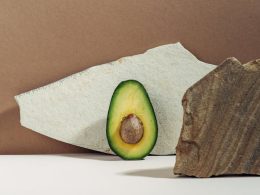 Eat an avocado a day to lower cholesterol

Nutrition is an essential part of good health, and a varied diet can contribute to well-being and quality…
byshahbaz How Can Traditional Chinese Medicine Benefit Your Health?

Traditional Chinese Medicine is a practice that is thousands of years old. It is based on the concept…
byshahbaz Is your pulse beating too fast? 11 tips to slow down your heartbeat

Heart rate refers to the number of heartbeats a person has per minute. It is also commonly referred…
byshahbaz 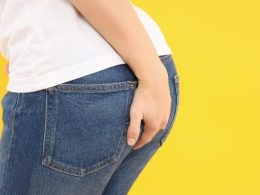 How long do hemorrhoids last?

For some people, hemorrhoids go away after a few days. In other cases, they can become a regular…
byshahbaz