36,000 Flash game archive that we can download for free to play directly on our computer

The Flash game archive Perhaps many do not remember it, but around the end of the last century and the beginning of 2000, the Internet was full of sites that allowed us to access games programmed in Flash, which could only be played online and some of them, the most elaborated, they had cost.

Times have changed and Flash gradually ceased to be relevant, mainly due to its security problems. In fact, Adobe announced in 2017 that it would finally stop supporting it and its end would come on December 31, 2020, when all browsers eliminate support for Flash.

After that announcement, a migration to HTML5 started. And some games even migrated to Unity. But the vast majority are still in Flash, either because the company or developer responsible for it doesn’t care anymore or doesn’t exist anymore, or for some other reason. This means that with the death of Flash thousands of games are also at risk of disappearing.

Fortunately, it seems that this will not be the case. And this is where Flashpoint comes in, an interesting project that has been given the task of saving more than 36,000 Flash game archive so that they do not disappear. Where the best of all is that they can be downloaded for free so that they can be stored forever on our computers.

BlueMaxima, the company behind Flashpoint, has released a zip file containing over 36,000 Flash game archive ready to download for absolutely nothing.

The most interesting thing of all is how these games work since in this file we will not find one file per game in the form of an executable, but it includes its own Steam-style launcher, where we can choose the title we want to play as if it were a platform. of video games.

Of course, all this is not very light, since the file weighs 241GB and we will need a total of 286GB of space on our hard drive to be able to run the entire platform without problems. For this reason, it is recommended to install everything on an external hard drive so as not to affect the storage space of our computer.

It should also be noted that at the moment Flashpoint is only compatible with Windows, but they have already announced that they are working to make it compatible with Mac and Linux.

BlueMaxima also added that they are open to receiving copyright claims, so if someone owns any of the games, they can contact them to remove their game from this collection. On the other hand, they are also asking that if someone wants to add a missing title, they can get in touch to add it to this file that seeks to preserve the adolescence of the internet.

Finally, mention that the file is available to download both by torrent and by direct download, in addition to having several alternative sites available in order not to saturate the servers. 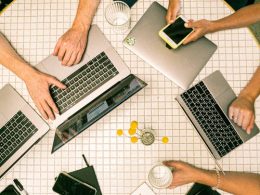 Lenovo has unveiled two striking new laptops. Both laptops have two screens and both have features that the average…
byshahbaz 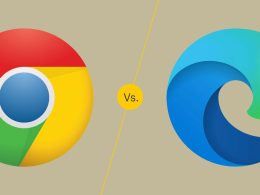 Switching browsers doesn’t have to be difficult. This is our guide to migrating from Chrome to Edge 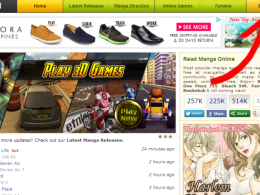 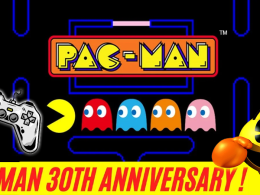 For a good reason, Pacman is one of the most iconic video game franchises. Since its original release…
byshahbaz