State authorities, from the police, the prosecutor’s office, to the tax authorities, are starting to take more serious interest in all these actions and misdemeanors of Ilić. While the tax police are combing his business and income, due to suspicion of tax evasion, Ilić was interrogated by the police a few days ago, by order of the Prosecutor’s Office for High-Tech Crime, for promoting and inviting followers to invest in the Qubitech crypto scam, which turned out to be a pyramid scheme. However, that is not all. Ileć’s abuse and internet violence against the famous twenty-one-year-old YouTuber Kristina Kika Đukić lasted until her suicide. Namely, Christina was a victim of Granny Pig for months. He constantly abused her, belittled her and cursed her. He also recorded a song in which he poured out all the vulgarities and insults, and during one meeting he asked her why she had not killed herself yet. In spite of all that, Ilić continues to do his own thing and daily, in the most brutal way, deals with dissident potential competitors on YouTube and social networks by calling for their lynching. “I went crazy when, after her death, they took him into custody, they should have done it two years earlier, when two million people outside her window shouted Whore, kill yourself!” Ivica Dačić “I am really amazed and shocked by the amount of hatred, incitement to violence and internet violence. Is there any legal regulation that deals with these issues” “Bogdan Ilić @bakaprase, for five years, reported taxes in the amount of 961,000 dinars, and annually he earns about 200,000 dollars from YouTube alone. Isn’t that a sufficient indicator that it is tax evasion? If we add the earnings from sponsors and donations, but also others income that Granny Pig has, it is clear that his income is 100 times higher than the reported income.

There is also a question about the accounts and which countries YouTube pays Bogdan money. If he reported such a small amount of income, then what did he use to buy Ferrari, Porsche and Lamborghini super luxury cars? I expect that the tax authorities will soon give us an answer as to what kind of embezzlement we are talking about.” “The promotion of drug addiction in the public and the consumption of psychoactive substances have terrible consequences for children, because they do not have a developed critical way of thinking”. “I hope that the prosecutor’s office will respond to all these criminal acts, because these are serious matters and frauds that he is perpetrating over the Internet. Who knows in the interest of which clan he is promoting the consumption of intoxicants over the Internet.” “After the investigation and arrest of Bogdan Ilić by the Prosecutor’s Office of the Republic of Serbia, the question arises whether Google could also be sued for not responding to the commission of dozens of criminal acts on the Granny Pig channels. It probably depends on the circumstances and the facts, whether YouTube had knowledge, whether YouTube was warned about the violation of the rules and the commission of criminal acts on the mentioned channels” Aleksandar Radivojević, lawyer Minors have special protection before the law

As far as criminal procedural provisions are concerned, a minor is a person up to the age of 18 and all of them are treated as children before the Criminal Code, sexual exploitation of persons under the age of 16 is certainly a criminal offense of pedophilia, and Bogdan Ilić @bakaprase confirmed it himself, and with He even bragged about that crime on his You Tube channels!

We remind you that Google recently recognized the contentiousness and inappropriateness of the content that Bogdan Ilić publishes on YouTube and social networks, which is why it warned EMDC Networks, which immediately reacted and expelled Baku the pig from its network, which happened earlier with all Baku’s channels. pig on Youtube and with previous YT aggregator IDJ. 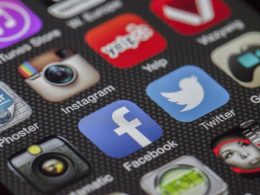 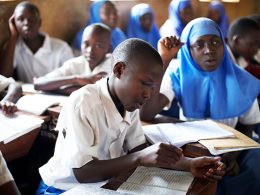 According to the latest results of the WTO Trade in Services Barometer, released on 22 December, global services…
byshahbaz 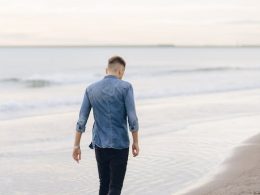